Click Here
Important Notice Unfortunately, as there have been no indication towards a move for level 2 lockdown and the short time frame till the event, the decision has been made that the Kruger2Canyon 2020 has been cancelled. Refund Vouchers are available upon request - all vouchers will be valid for a year and can also be used for the 2021 edition of the Kruger2Canyon Challenge. For more information and requests, please email info@kzntrailrunning.co.za.

In 2015 and 2016 Kruger2Canyon was hosted under the Wild Series banner. In 2017 and 2018 it was hosted by KZN Trail Running and Kruger2Canyons Biosphere successfully and has quickly earned itself iconic status on the South African Trail Running Scene. In 2020 we will be presenting the 6th edition of K2C!

The route offers an incredible opportunity to explore the most northern reaches of the Drakensberg, in and around the Blyde River Canyon, as well as the bushveld adjacent to the Kruger National Park. The Blue Canyon Conservancy in which the second stage is laid out, has all of the Big 5 other than buffalo within its bounds. In 2016 a number of runners got to view African Wild Dog while on route, while in 2017 a herd of elephants watched on as the runners made they way along the course.

Stage 1 – Mountain and Canyon.  Mariepskop and Blyde. The Mountain Day.

Mountain Marathon Series is still taking place – just a little later…We know many participants are eager to return to the mountains, for many some 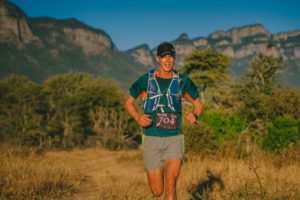 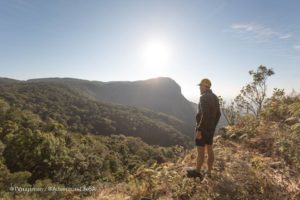 Prepping for the Kruger to Canyon Challenge

2019 has been an incredible year for trail running in general, so much seems to have happened already and so much is still to come.

Kruger2Canyon Challenge Trail Run 2017 a great success all round

Kruger2Canyon Challenge 2017 took place on 17 and 18 June 2017 in Kampersrus Limpopo. The event is split into 2 stages, the first is the

Welcome to the new home of Kruger2Canyon Challenge